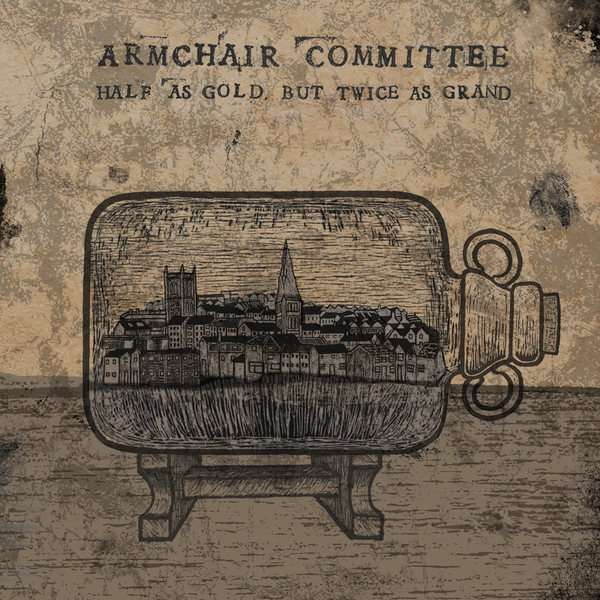 Armchair Committee - Half as Gold, but Twice as Grand

Deaf Endling Records and Armchair Committee and proud to present...

First Batch of CD's now SOLD OUT! Second run now available, along with CD / USB 'Album in a Bottle' combo.

Recorded at Coach House Studios, Bristol with producer Brendan Davies, 'Half as Gold, but Twice as Grand' is an encompassing trip across the spectrum of the band's uncompromising and brave sound. Skirting between the raw jerky groove of 'No Socrates', to the swamp filth of 'Good Medicine Tastes Bad' to the epic slow burner of 'Roma', this is the sound of a band who are not content to rest on their laurels.